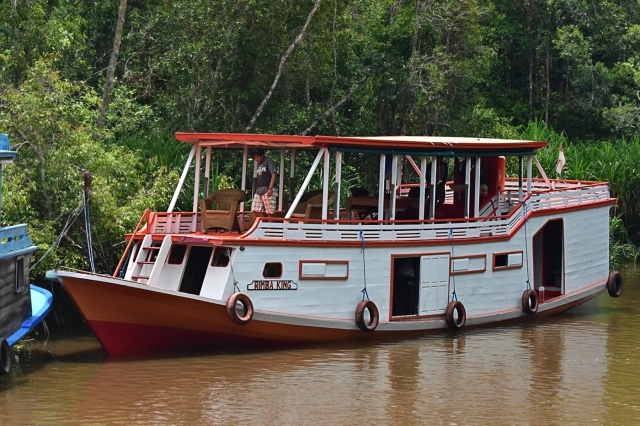 In April 2019 I joined Sam Clark’s WILDSpiritz Safaris “People of the Forest” tour to Borneo, specifically to see Orang Utans.  There was only one other client, my friend Fiona, who was already a friend of Sam so it really just felt like three friends having a holiday together. 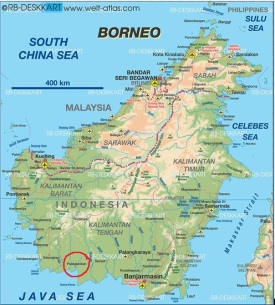 We were in south-west Indonesian Borneo in a river area accessible only by boat.

We stayed in the jungle, based in the Rimba Eco Lodge but spent most of our time from dawn til dark on the boat, including one overnight, and visiting the feeding stations and other spots along the river so our real base was our boat, known as a Klotok, with our wonderful crew of six, including the best guide, wildlife spotter and cook you can imagine!

We visited three different “feeding platforms” where local staff, connected with the research teams, put out fruit, vegetables and milk for the orang utans who live in the area.  Some of the orang utans are habituated to people as they were orphans, due to palm oil and pet trades, and were raised by humans and released.  Their babies are then parent-raised.  Others were completely wild. 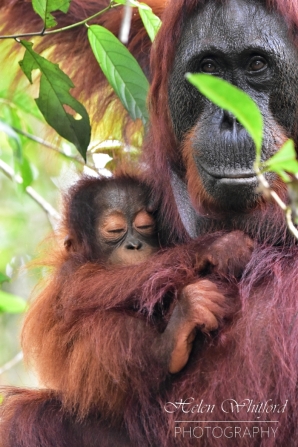 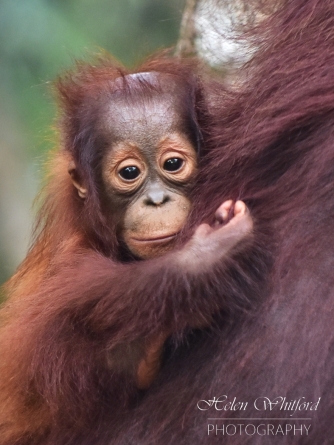 They all feed on wild foods in the jungle and just supplement their diet with the free offerings.  Over 5 days we had 8 platform visits along with plenty of wildlife spotting along the river edges, a tree planting session and a visit to the local village. 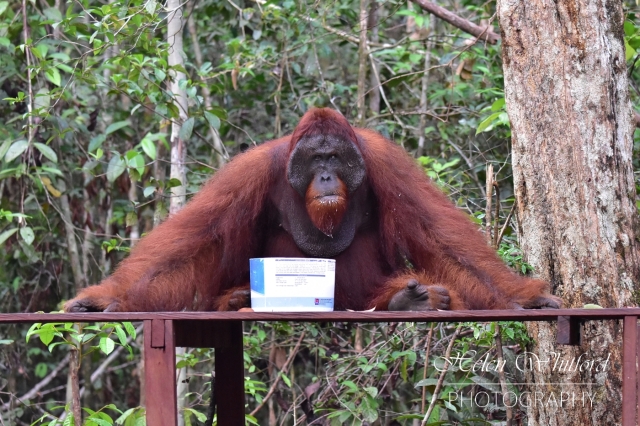 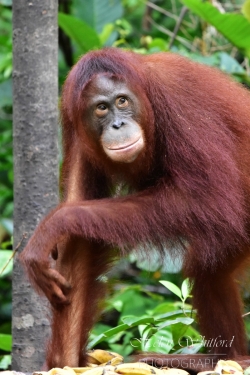 We saw over 50 species of wildlife including mammals, birds, reptiles and bugs.   A beautiful green crested lizard greeted us on our arrival.  One of the most amazing sights was a tiny bat living inside a pitcher plant – you can see his tiny hand holding on to the lip of the plant.  A bulls’ horn spider appeared on my leg but I was too fascinated to be worried, even if he was sporting ‘warning’ colours. 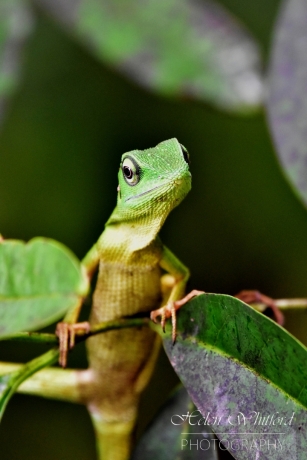 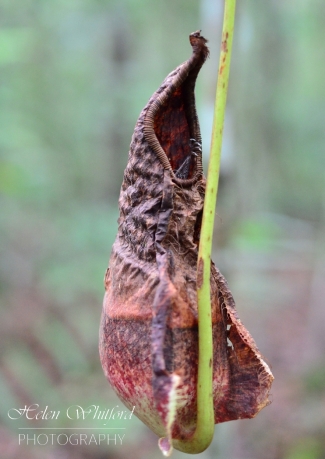 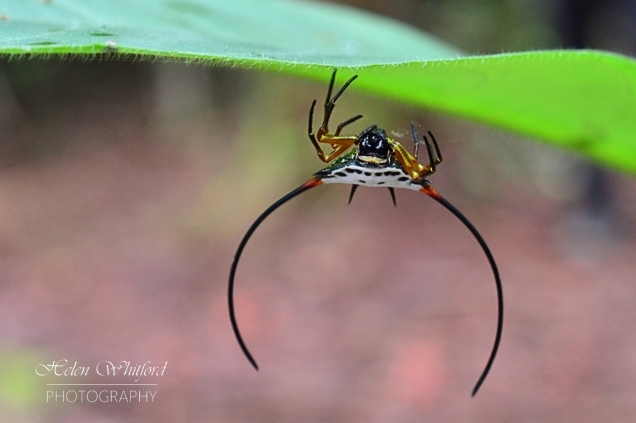 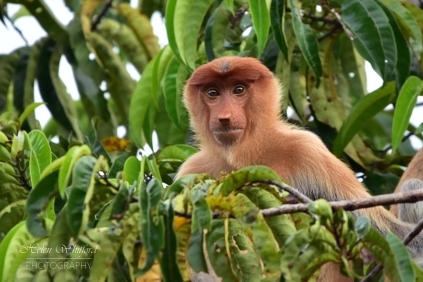 A young macaque chewing on a plastic bag looked forlorn in the rain. 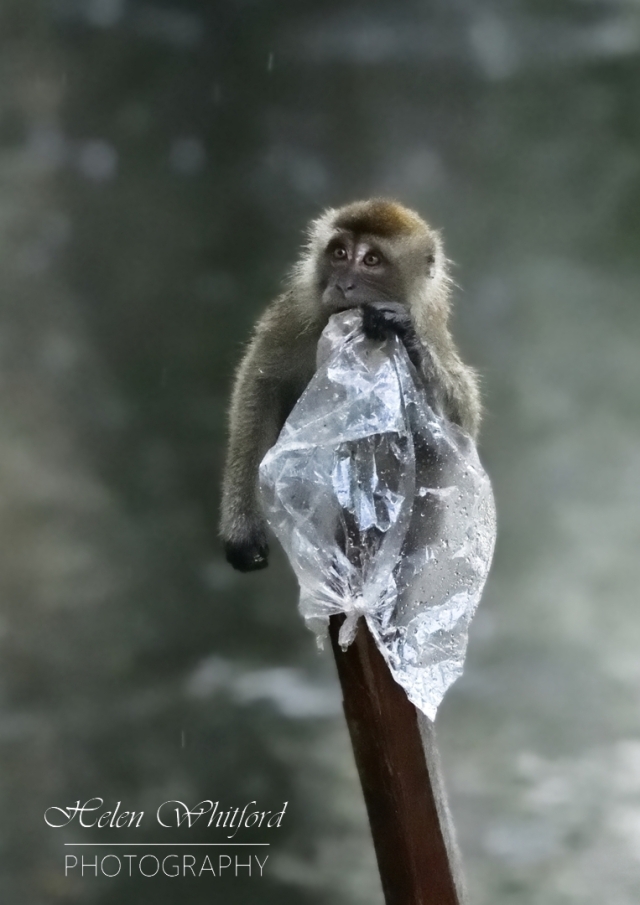 The stork billed kingfishers were stunning with their red, blue and yellow colours and the large tissue paper butterflies, so named because they waft about like a piece of tissue in the breeze, were very striking. 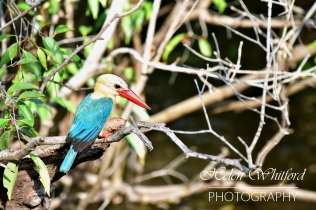 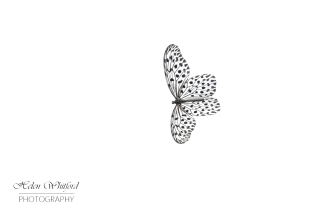 We were privileged to see a large old male orang utan feeding on reeds from the river bank for his dinner before proceeding to make his nest for the night and settling down to sleep.  I knew that orang utans made a new nest in the trees each night but never expected I would actually see it happen in the wild right in front of me!

We watched til he curled up to sleep and then returned before dawn to see him wake up! 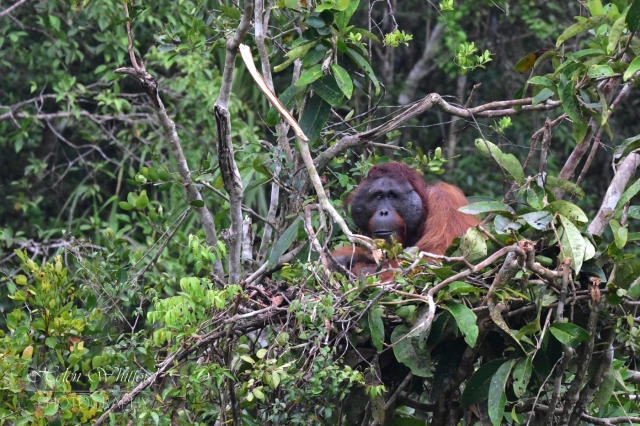 My favourite times were watching the interactions between the mothers and their babies or older children.  This little bub was using Mum as a play gym. 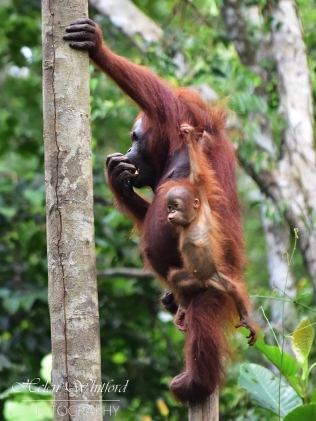 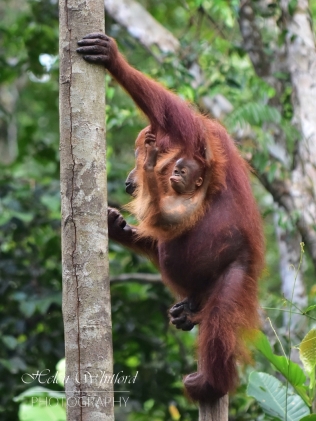 Older siblings sometimes appeared to be a little jealous of the attention their baby siblings received but the mothers were very even handed in their love and attention. 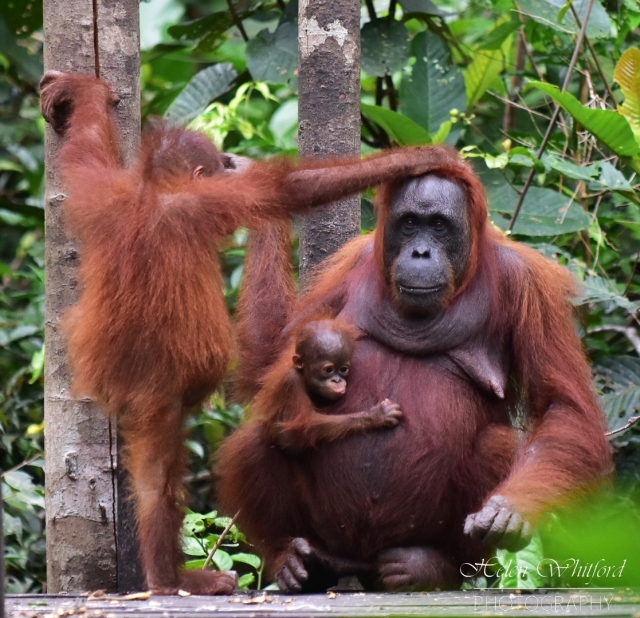 The trip was everything I hoped for and more.  We saw dozens of orang utans and were incredibly lucky with our viewing of all sorts of wildlife.  Certainly an experience to remember!