Rules for Nature and Wildlife competition. 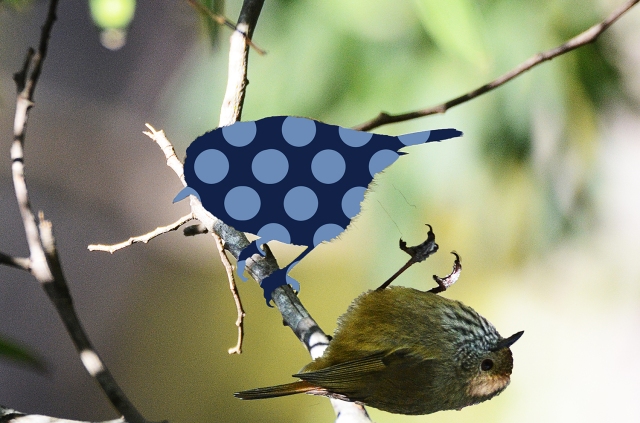 What is a nature image?  It should be obvious.  However this has caused more controversy than it would seem to merit.  An image taken in captivity can be edited in such a way that it looks like it is in the wild.  An interaction between two animals may in fact be a collage of two single animals.  The result is a deception.  It tells a story that never happened.   Photographers may resort to tricks like baiting and feeding to attract wild animals to the camera.  Is this permissible.  Who would know?

As a result nature competitions resort to complex rules to delineate what is an acceptable subject, what are acceptable methods of taking the image and what is acceptable post processing.  In short, nature photography demands authenticity.  The image should represent the truth of the natural world.  There is no airbrushing or photoshoping out imperfections.

What is allowed and what is disallowed in Post Processing

“Nature photography is restricted to the use of the photographic process to depict all branches of natural history, except anthropology and archaeology, in such a fashion that a well-informed person will be able to identify the subject material and certify its honest presentation. The story telling value of a photograph must be weighed more than the pictorial quality while maintaining high technical quality. Human elements shall not be present, except where those human elements are integral parts of the nature story such as nature subjects, like barn owls or storks, adapted to an environment modified by humans, or where those human elements are in situations depicting natural forces, like hurricanes or tidal waves. Scientific bands, scientific tags or radio collars on wild animals are permissible. Photographs of human created hybrid plants, cultivated plants, feral animals, domestic animals, or mounted specimens are ineligible, as is any form of manipulation that alters the truth of the photographic statement.

No techniques that add, relocate, replace, or remove pictorial elements except by cropping are permitted. Techniques that enhance the presentation of the photograph without changing the nature story or the pictorial content, or without altering the content of the original scene, are permitted including HDR, focus stacking and dodging/burning. Techniques that remove elements added by the camera, such as dust spots, digital noise, and film scratches, are allowed. Stitched images are not permitted. All allowed adjustments must appear natural. Color images can be converted to grey-scale monochrome. Infrared images, either direct-captures or derivations, are not allowed.

Images used in Nature Photography competitions may be divided in two classes: Nature and Wildlife. Images entered in Nature sections meeting the Nature Photography Definition above can have landscapes, geologic formations, weather phenomena, and extant organisms as the primary subject matter. This includes images taken with the subjects in controlled conditions, such as zoos, game farms, botanical gardens, aquariums and any enclosure where the subjects are totally dependent on man for food.

Images entered in Wildlife sections meeting the Nature Photography Definition above are further defined as one or more extant zoological or botanical organisms free and unrestrained in a natural or adopted habitat.  Landscapes, geologic formations, photographs of zoo or game farm animals, or of any extant zoological or botanical species taken under controlled conditions are not eligible in Wildlife sections.  Wildlife is not limited to animals, birds and insects. Marine subjects and botanical subjects (including fungi and algae) taken in the wild are suitable wildlife subjects, as are carcasses of extant species. Wildlife images may be entered in Nature sections of Exhibitions.”

If that is not plain enough then there is a guide to the interpretation of this definition.

So Zoo images are now permitted as nature, but not as wildlife.  The inclusion of human elements (like the cage) is discouraged and only permissible where they are integral to the nature story. What do you think? Allowed or banned?  Should zoo animals be made to look like they aren’t in a zoo?  (In the following image the Bokeh gives it away).

To my mind this itself is a deception, creating the illusion of a natural world that does not exist.  I would be more comfortable documenting the real lives of zoo animals, cages and all.

And domesticated animals and feral animals are out of bounds.  Have a look at my photographs of a Mallard duck.

This photo taken at Kirkby Stephen in the UK is a wildlife picture.

Whereas this picture of a wild bird at Laratinga in South Australia is disallowed on the feral animal clause.  Is this fair?  Would a judge be able to tell?

So how are these things enforced?  Often the judge cannot tell when a fraud is perpetrated.  A fellow competitor challenges the image.  The judging committee will then ask the author to defend his image and to provide the raw image files for examination.

The Telegraph tells the story of the Wildlife Photography winner for  2009.

“Owned by the Natural History Museum and BBC Wildlife Magazine, the long-running contest is billed as an international showcase for the best nature photography.
The winning entry, by photographer Jose Luis Rodriguez, beat thousands of entries to scoop the prize in October last year, receiving praise for its ”fairytale” quality.
But an investigation was launched after suspicions were raised that the picture might breach competition rules.
Rule 10 says that photographs of animal models may not be entered into the competition and that images will be disqualified if they are entered in breach.
A statement from competition organisers said Mr Rodriguez strongly denies that the wolf is a model.
.Louise Emerson, from the Wildlife Photographer of the Year competition office, said today: ”It saddens us to confirm that after a careful and thorough investigation into the image, the storybook wolf, the co-owners of the Wildlife Photographer of the Year competition, the Natural History Museum and BBC Wildlife Magazine have disqualified the winning entry of the photographer Jose Luis Rodriguez.
”The judging panel was reconvened and concluded that it was likely that the wolf featured in the image was an animal model that can be hired for photographic purposes and, as a result, that the image had been entered in breach of Rule 10 of the Competition.”

Well there you have it.  It is what it is.  There are shortcomings, but the rules set out a standard.   A successful image requires some degree of authenticity.  You can expect that wildlife images have been taken in the wild and that nature images are natural.