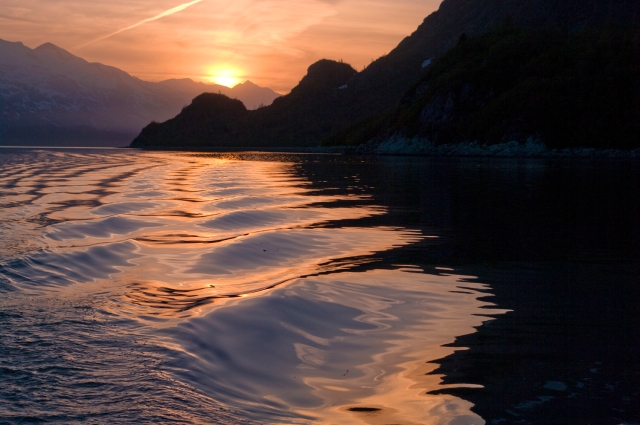 When James asked for some travel photos and a few words to go with them it did not take much thought to decide on our trip to the Alaskan Inside Passage in May 2008.

Although we spent three weeks in Alsaka, without doubt the highlight was our week spent on board the Homeshore. We decided against a ship with thousands of passengers and opted for the Homeshore, a 60 foot fishing boat which, after a clean and some extra cabins, spends the summer cruising the Inside Passage. On board were six passengers and a crew of three. On six of the days we took the sea kayaks out for several hours, paddling into secluded inlets, through floating ice, past a wolf and a bear and out to an island covered with sea lions. We anchored each evening so we missed none of the sights we passed by moving after dark as the large ships, on tight schedules, are forced to do. 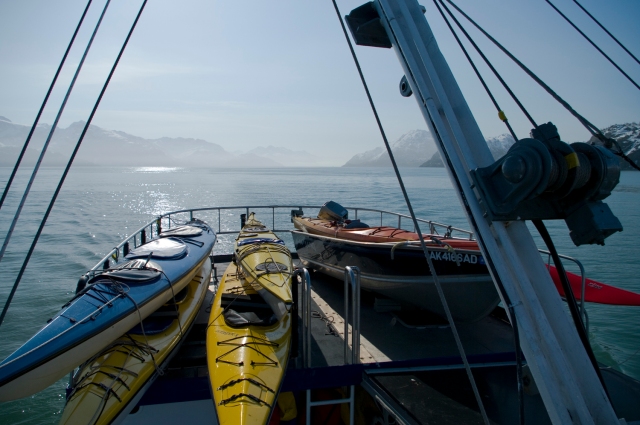 We were very lucky with the weather, May is the driest month in Alaska, so a spectacular scene was which ever way you looked. Possibly the only photographic “challenge” was ensuring every thing was dry but we were supplied with dry bags for our gear. These were carried in the kayak under the waterproof skirts worn at the waist and clipped around the cockpit of the kayak. For the most of the time we were in protected waters with very little swell so there was little problem in getting out the camera to capture one of those spectacular scenes.

I had bought my digital SLR just few months before the trip so was using the 18 – 55mm  kit lens. This has since been replaced as my primary lens by a 17 – 70mm with a larger maximum aperture as the original lens proved to be a little short on quite few occasions. For this type of photography I use a polarising filter to get the full depth of colour possible, especially when there is mist or distance haze. 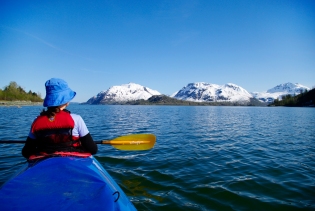